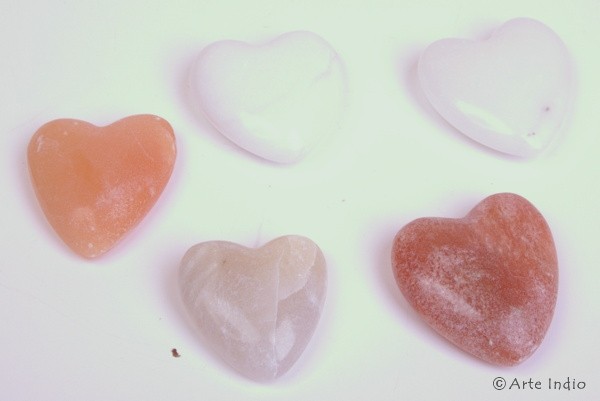 The Rasuwillka cooperative is an association of artisans that has undergone exemplary development. It was founded in the years when Ayacucho or Huamanga, was struggling under the worst moments of political violence. Today, an average of 20 different families of craftsmen work together and produce carpets, stonework and altarpieces.

The alabaster - a natural stone - was formed in the Miocene (26 to 27 million years ago) and was originally sea water. Over the course of millions of years the primeval sea evaporated and large, very calcareous lakes remained. In another million years, the lakes also evaporated and the salts concentrated so strongly that they were separated and thus formed deposits of calcium sulfate (CaSO4 - 2H2O) - i.e. alabaster and gypsum. These can be found underground in different sizes and qualities at depths of a few to 300 meters.

It is transparent and mostly white, but also translucent gray, sometimes slightly yellowish, reddish or gray to black in color, cloudy or veined. The crystal water contained in it gives the stone its transparency. If the heat is too strong, it evaporates and the alabaster becomes opaque white. The stone is harder than gypsum, but softer than marble (the hardness of the stone varies between 2.2 and 2.7 on the Mohs scale), and is also somewhat transparent.

The alabaster deposits in the fractions near the city of Huamanga are naturally occurring egg-shaped or cone-shaped raw blocks between 40 and 150 cm in diameter and are obtained from a depth of 200 to 300 meters.

Although there are several alabaster quarries of similar quality in Peru, the craft of the city of Huamanga near Ayacucho has a long tradition. This is how the term Huamanga stone soon developed.

The artisans carve the stone and make very beautiful representations from it. Stone art is considered one of the most important Ayacuchan handicrafts.

The use of Huamanga stone began in the colonial period due to the shortage of marble and porcelain. The first works were mainly Jesus children and other religious motifs, such as saints, crosses, holy virgins and relics. The artists familiar with this material later also created other religious motifs and secular motifs from Creole culture, for example the vicuna that kicks the Spanish lion. Today, Huamanga stones are used to carve crib figures, copies of the Quinua Plain monument or other rough portraits that are sold as souvenirs to travelers.

Between the 5th and 10th centuries, Ayacucho was the capital of the Wari Empire, the first higher culture in the Andean region to be a forerunner of the Inca Empire. In 1539 it was founded by Francisco Pizarro. The city got its name in 1825 in memory of the battle at the village of Ayacucho, in which the last Spanish troops were defeated, which led to the independence of most South American countries. 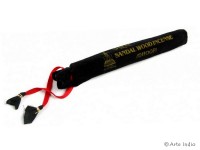