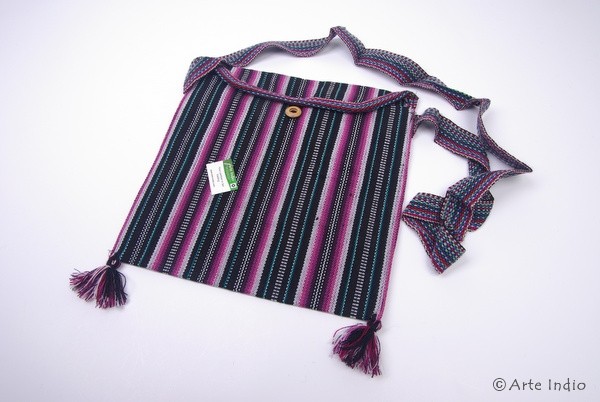 These woven bags, mostly called coca bags, are also used by the local population to transport coca leaves (as well as other small items).

They are still woven in traditional handwork on hand looms. Every ethnic group that is descendant of the Chancas in Ayacucho has its own pattern. Despite the Spanish influence, these patterns have retained their originality. Working on a single bag can take up to two weeks (depending on the pattern).

Ayacucho is located in the south of Peru on the eastern slope of the western Cordillera (2745 m above sea level) and has approximately 120,000 inhabitants.

Between the 5th and 10th centuries, Ayacucho was the capital of the Wari Empire, the first higher culture in the Andean region to be a forerunner of the Inca Empire. In 1539 it was founded by Francisco Pizarro. The city got its name in 1825 in memory of the battle at the village of Ayacucho, in which the last Spanish troops were defeated, which led to the independence of most South American countries.

As in all Andean regions, weaving was one of the most important branches of craftsmanship in Ayacucho, because the villages previously had to pay the majority of their tribute to their masters in the form of cloths. In Ayacuchu, very fine weavers were and still are made. Even though the Church had a strong influence on the weaving mills and thus the clothing of the population during the colonial period, the weaving pieces still carry the old codes that can be found in the patterns of the weaving.

Similar to other branches of handicrafts, the weavers suffered greatly from the crowding out of their products by industrial mass-produced goods, not least because customers were initially less interested in the importance of the patterns than in the practical value of the clothing and textiles. 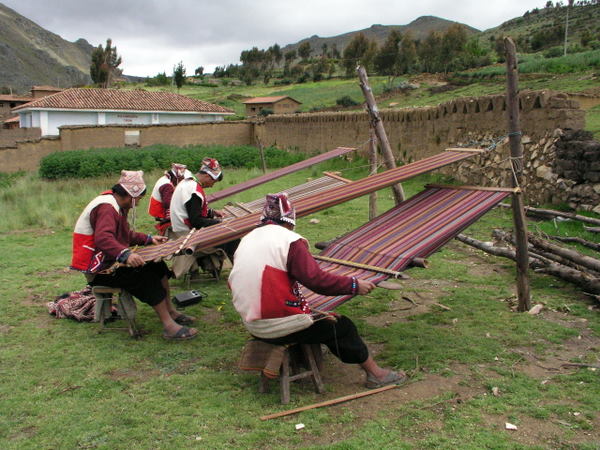 Related links to "Woven bag made of synthetic wool (polyacrylic)"
Evaluations 0
Read, write and discuss reviews... more
Close menu
Customer evaluation for "Woven bag made of synthetic wool (polyacrylic)"
Write an evaluation
Evaluations will be activated after verification.
Customers also bought Customers also viewed
Customers also bought
Customers also viewed
Viewed
This website uses cookies, which are necessary for the technical operation of the website and are always set. Other cookies, which increase the usability of this website, serve for direct advertising or simplify interaction with other websites and social networks, will only be used with your consent. More information
Decline Accept all Configure